Serving for Justice Releasing in November 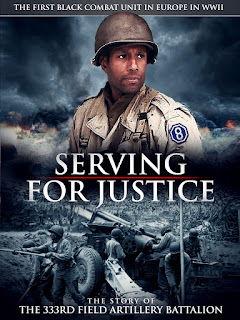 Just wrapped another project about African American soldiers I am very proud of. I was asked by Art Collins and Steve Jones of The Ebony Doughboys and the 5th Platoon reenacting unit to write and direct, Serving for Justice.

Synopsis: Amidst the horrors and indignities of Jim Crow America, one million African Americans served their country to protect democracy abroad and expand it at home during World War II. The new documentary tells a unit struggling to succeed in battle, proving their full-citizenship when their lives seemed to matter less. Serving for Justice: The Story of the 333rd Field Artillery Battalion is a story of fortitude, brotherhood, and faith in America’s ideals.

I hope you can check out the new film, which should be available on all the major streaming platforms in November. I will add a link to this post and on the website when it becomes available. 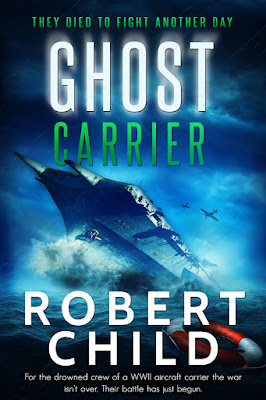 To my surprise this morning I read some news online about Saint Damien, Father Damien of Molokai. I'll spare you the ignorant, derogatory political comment made about this Catholic Saint and instead direct you to read about him in my book Ghost Carrier.
When I wrote the book I was very moved by Father Damien's work and life story in the leper colony in Hawaii. Part of the reason I made him a main character was to bring attention to him and his self-sacrificing (literally) work with the lepers of Molokai.
He was an outstanding servant to humanity and his work should be celebrated as an example of the goodness in men and women. Damien is similar to Mother Teresa and her work with the less fortunate in India and around the world.
Using a racial slur against Saint Damien is no different then if one used it against Saint Mother Teresa, which is beyond the pale.
The only positive I can see from this is Father Damien's work becoming better known and held up as an example of love for one's fellow man. Perhaps in an odd way a fool's hateful comment meant to destroy may instead only strengthen Damien's legacy. Time will tell but what is certain is Saint Damien's name will live on for centuries while his vile detractor will not even merit a footnote in history
Ghost Carrier is available in ebook, paperback and audiobook at major online retailers.
Saturday
Posted by Robert Child
0 Comments
Tag : Father Damien, WWII 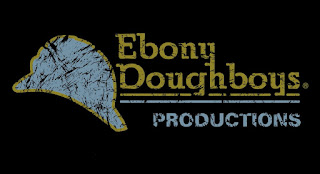 I hope you will pick up a copy of the book if you have not done so already. It is an eye opening read and provides great context for what we are seeing unfold in America right now. Purchase HERE.
Tuesday
Posted by Robert Child
0 Comments
Tag : LostEleven, Serving for Justice, War and Military, WWII

►
Love military history? Here's your chance to pick up some of my best books in an exclusive Amazon.com Countdown Deal which begins tomorrow at 8AM.

A compelling collection of nonfiction military history titles by Robert Child. several full books in all with photographs and detailed maps. This is a keepsake multi-volume set you want to have on your digital bookshelf.It includes:#1) Washington's Crossing: America's First D-DayA ragged Continental army has now put an icy river between themselves and the pursing British army. The men in blue and buff uniforms have known nothing but defeat and had once again made a narrow escape while the Congress at Philadelphia reflecting no confidence in their troops prepare to evacuate to Baltimore.Washington’s besieged men reflect the state of a nation weary of war and a cause on the brink of extinction. They are an army in waiting - waiting for ammunition, blankets and reinforcements. But others, nearly half, are simply waiting for their enlistments to be up on January 1, 1777. Within days Washington would have no men with which to fight and the cause and the dream of independence would be over. Against this backdrop George Washington decides to go on the offensive.#2) Rush On Boys: Hamilton at WarAs the story opens, young Alexander Hamilton marches with the Continentals at Fort Lee, New Jersey. He is frustrated by being relegated to the end of the line and missing out on the action. He desperately wants to make a name for himself. His fortunes soon change at the Raritan River when the vanguard of British infantry catches up to Washington's army.Hamilton, and his cannons are the only defense line available to prevent the army from being destroyed. Successfully protecting the Continental army and allowing their escape with his rear-guard action, Hamilton catches the attention of George Washington.The future President asks the twenty-year-old Hamilton to join his staff. Sent on one daring mission after another Hamilton s stature grows, creating great political mistrust among his rivals. When ambition overtakes Hamilton, he threatens to overthrow Congress, which he sees as corrupt. Challenging a Congressman to a duel who views Hamilton as treasonous immigrant his world nearly self-destructs.With the end of the American Revolution looming and his visions of his own glory fading, Hamilton becomes determined to leave Washington s staff and return to the battlefield. Washington, the only man who can help him, does all in his power to deny him. One daring assignment remains, however, that will determine the outcome of the final battle and the entire war. It is at a place called Yorktown.#3) Gettysburg: Voices from the FrontA stirring collection of first-hand accounts from Privates on up to the commanding Generals at the Battle of Gettysburg woven into a dramatic and compelling narrative. The reader is transported back to the chaos and uncertainty of the sweltering first three days of July 1863 when Lee's Army of Northern Virginia invaded the North threatening Philadelphia, Baltimore and Washington itself. Soldiers on both sides gave everything they had believing that Gettysburg would be the final epic battle in an already long and terrible war.#4) How Canada Won the Great WarFor nearly 100 years Canada's role in ending WWI sooner than anyone thought possible has gone largely unrecognized. The Canadian Corp led by citizen soldier, Arthur Currie, became the premiere fighting force on the Western Front. The fact that Canada was not yet a formalized nation but a Dominion at the close of the war may be the reason for the absence of recognition yet the record of the Canadian WWI military accomplishments is irrefutable.And more!