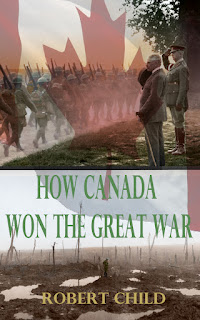 Filming at the Battle of Princeton on Memorial Day

►
This coming Memorial Day weekend, May 25-27 the production I am directing, America's First D-day: Washington Crossing has been granted permission to film at the first ever Battle of Princeton Reenactment held on the actual grounds of the historic Revolutionary War battle in Princeton, NJ. We will have "embedded cameramen" to catch the close-up action as both the British and American armies clash. And our own, John Koopman who portrays General George Washington in our film and who also posed for the painting featured Don Troiani - Washington at the Battle of Princeton 1777

will be leading the patriots into battle.

Early on the morning of January 3, 1777, British and American forces clashed in the fields of brothers William and Thomas Clarke in the final major battle of the Trenton-Princeton Campaign. For 45 minutes, charges and counter-charges ebbed and flowed between the two farm houses, only one of which (the Thomas Clarke House) still survives. By 9 AM, the major fighting was over, though sporadic skirmishes continued all the way to Nassau Hall. Princeton Battlefield State Park preserves a portion of the core battlefield, providing visitors with the opportunity to see the spot where one of the pivotal engagements of the American Revolution occurred.

Reenactors portraying Revolutionary War British, American, and German soldiers, including both infantry and cavalry, will be site on Saturday and Sunday of Memorial Day weekend. The weekend's events will feature reenactments of the 1777 battle at 2 pm each afternoon along with demonstration of eighteenth-century military drill and opportunities to visit with General George Washington and British Lieutenant-Colonel Charles Mawhood.

The event is sponsored by The Princeton Battlefield Society.  More information.