Check Out "The Other Boys of Summer " on Kickstarter 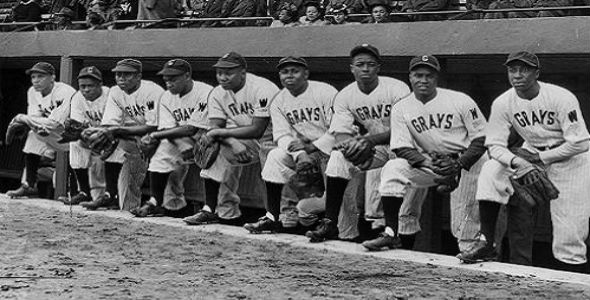 Since I like to highlight great projects I wanted to let folks know about a fantastic forthcoming film by my colleague, Lauren Meyer. Lauren is a director based in New York and she has been working on The Other Boys of Summer for over a decade. That's dedication! Lauren launched a fundraising campaign yesterday in honor or Martin Luther King Jr., civil rights and equality.

You can check out the project HERE ON KICKSTARTER.

The Other Boys of Summer is a documentary exploring racism, segregation and civil rights in America through the lives of the Negro League baseball players.  She has interviews with the men (and women) who played alongside of Jackie Robinson and were the trailblazers of the civil rights movement.  Most of the players have passed away and she has exclusive, never-before-seen interviews with them sharing their personal stories.

Why is this film important?

Not only did the Negro League players change the game of baseball, but they changed America.  The story is relevant today and has the ability to inspire people to pursue their dreams and believe they can impact change.  It offers an alternative to all of the anger and protests associated with civil rights today.  As this generation of players dwindles, their history is vanishing along with them. This film will preserve their legacy.

"The Other Boys of Summer" is part prosocial campaign, part love letter to a generation of unsung heroes and the game of baseball, and part civil rights advocate. Jackie Robinson is the face of Black baseball. But, there are hundreds of others who he played alongside of in the Negro Leagues, who also had a major role in impacting civil rights in America. These men and women can be seen as a spearhead to the Civil Rights Movement, but few people have ever heard of them.

I hope you'll check out Lauren's project and consider supporting it with a contribution. As of this writing she is more than 80% towards her fundraising goal. Help her put this great project over the top. You can check out the project HERE ON KICKSTARTER.