October Guests Coming to Point of the Spear 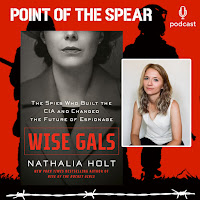 We’ve got some great guests coming up in October on Point of the Spear. Kicking off the month the story of a pioneering group of CIA female spies who changed the future of espionage with author Nathalia Holt. Then, the virtually unknown story of WWII Demolition Divers who became the Navy seals with Andrew Dubbins. And later in the month, the harrowing tale of a Marine whose brush with death was broadcast on TV and published in newspapers around the Globe. US Marine Bill Bee will be here to discuss his ordeal. All this and much more are coming your way in October.
LISTEN NOW
Wednesday
Posted by Robert Child
0 Comments
Tag : military podcast 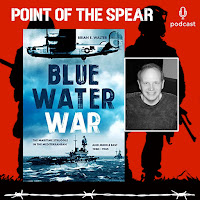 A conversation with author Brian Walter. Brian is a retired Army officer from a combat arms branch with a Bachelor of Science Degree in Political Science and International Relations. He has been a student of the British military during the Second World War for more than 30 years. His book is called, Blue Water War: Maritime Struggle in the Mediterranean and Middle East, 1940–1945.
LISTEN NOW
Posted by Robert Child
0 Comments
Tag : military podcast

Norman Conquerors of Europe on Point of the Spear 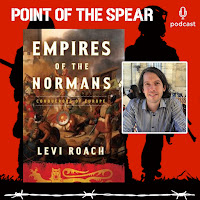 A conversation with author Levi Roach. Levi studied at Trinity College, Cambridge, and is former fellow at St John's College also in Cambridge, He’s now senior lecturer at the University of Exeter. His book is called, Empires of the Normans: Conquerors of Europe.

The Normans that invaded England in 1066 came from Normandy in Northern France. However, they were originally Vikings from Scandinavia. From the eighth century Vikings terrorized continental European coastlines with raids and plundering. The proto-Normans instead settled their conquests and cultivated land. Over time they assimilated into medieval European society, abandoned paganism, and upheld conventional Christian norms.

British Historian Saul David on the 5th Marines of WWII 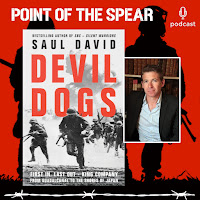 Join Robert Child for a conversation with British historian and Sunday Times bestselling author Saul David. Saul is a Fellow of the Royal Historical Society and a Professorial Research Fellow at the University of Buckingham’s Humanities Research Institute. From 2009 to 2021, he was Professor of Military History at the University of Buckingham and Programme Director for Buckingham’s London-based MPhil in Military History. His book is called, Devil Dogs: King Company, Third Battalion, 5th Marines: From Guadalcanal to the Shores of Japan.
Posted by Robert Child
0 Comments
Tag : military podcast, War and Military

Online Book Talk, Immortal Valor with the National Museum of the U.S. Army 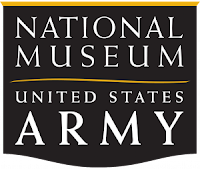 Had a great time discussing my book Immortal Valor at the National Museum of the United States Army on September 15th. We also gave away a hardcover copy of the book to a winner who guessed correctly that Vernon Baker was the only one of the seven Medal of Honor recipients who was able to accept the medal in person in 1997. The museum plans to post the video of the presentation this fall. I will keep you posed on when that's released. 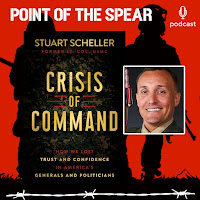 Join Robert Child for a powerful conversation with author and former Lt. Colonel Stuart Scheller. Stuart gained notoriety last year as a US Marine speaking out and asking for accountability for the US’s disastrous military withdrawal from Afghanistan. His new book is called Crisis of Command: How We Lost Trust and Confidence in America's Generals and Politicians.
Posted by Robert Child
0 Comments
Tag : military podcast 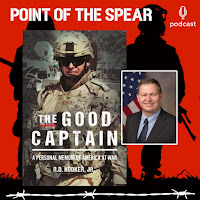 Join Robert Child for a conversation with author and retired Colonel Richard Hooker. Richard, a career Army officer, his military service included combat tours in Grenada, Somalia, Kosovo, Iraq, and Afghanistan, including command of a parachute brigade in Baghdad. His military service also included stints in the offices of the Chairman of the Joint Chiefs, the Secretary of the Army, and the Chief of Staff of the Army. A veteran of three tours with the National Security Council, he previously served as Assistant Professor at West Point, as the Army Chair at the National War College, and as Dean of the NATO Defense College in Rome. His book is The Good Captain: A Personal Memoir of America at War.
Posted by Robert Child
0 Comments
Tag : military podcast
NEXT PREV HOME