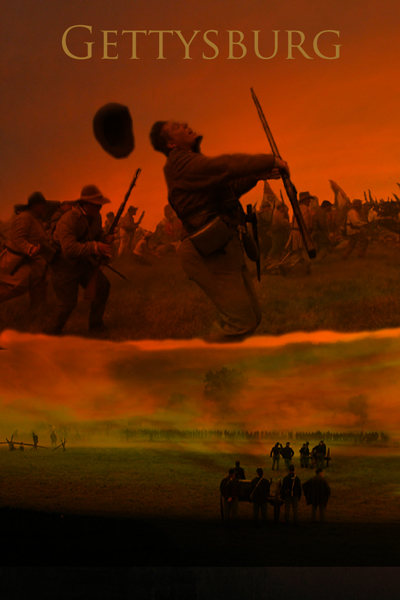 Special invitations were extended to the VA Hospitals  in Philadelphia and Coatesville, PA. An enthusiastic response and support from the Communications and Public Relations offices of both facilities was received,
prompting an anticipated strong presence from out-patient, and facility-bound veterans alike.
Because of PECO Energy's "First Free Sundays at the BARNES" sponsorship, admission for the general public is FREE from 1 pm - 6 pm. The event is part of PECO's themed program for Black History Month.

Robert Child, a prior resident of Bucks County, is currently touring schools and universities during Black History month to spread awareness of the film.  Robert has also been commissioned to produce and direct the upcoming 150th Anniversary of Gettysburg documentary, which will feature a live reenactment of over 20,000 soldiers and an anticipated 70,000 spectators.

*this is an update of an earlier program announcement*

I just learned that Military Channel has rescheduled the air date for The Wereth Eleven it is now Thursday February 21st at 10PM. The change was made presumably to do more on air promotion for the program. I hope all can tune into the broadcast or at least set your DVR.

Seized in a German museum outside Berlin by the Red Army Trophy Brigade during the last chaotic hours of WWII the masterpiece is part of an hidden stash of billions of dollars worth of stolen art the Russians want kept secret.

Karpov’s plans to extort the Putin administration are met with an iron fist and he turns to the world stage releasing a shocking tape to the BBC declaring he will burn the van Gogh and other paintings if his ransom is not paid in seven days.