Today The Lost Eleven is Released 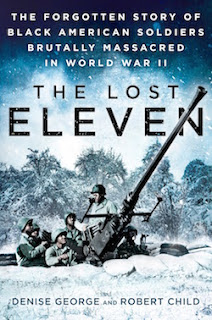 Today marks a very significant day in my professional creative career. Today, after two and a half years of writing, editing and packaging, The Lost Eleven, is being released to the world by the biggest publishing house in the world Penguin / Random House. The behemoth literally controls 25% of all books sold in the world.

I have written a number of self-published books both fiction and nonfiction which have found their place and an audience. The Lost Eleven, however, is my first book with a major publisher. People outside the publishing industry have no idea how difficult it is to get a "book deal" - any book deal even with the smallest publishing house. It is simply rejection letter after rejection letter and some fine writers never get a book deal during their lifetimes. That is why the whole self publishing industry has sprang up.

So I wanted to convey the significance of this to my readers and say how humbled, proud and blessed I feel about not only the fact that the book is being released but about the story itself. I have been connected to the Wereth Eleven story now for seven years. When I first learnt of it the tale touched me deeply. I felt I had a duty to tell the world about this injustice and atrocity that had been swept under the carpet of history. My visionary film producer, Joseph Small, felt the exact same way and led the charge to produce the film, The Wereth Eleven, which was nominated for an Emmy®. His sole motivation was not only to tell the world about these men who were brutally tortured and died at the hands of the Nazis but also to restore their human dignity.

The Lost Eleven, book is the culmination of Joe's vision to restore these men's very humanity and remind the world that this should never happen again. The book tells the eleven men's story but also illuminates the hardships that black soldiers endured during WWII fighting for freedom for their country while they themselves did not feel free.

I encourage you to look into this untold story of bravery, courage and sacrifice and let others know that this story and these men should never be forgotten. I am truly honored to have been a part of this effort. It has literally changed my life and how I view history and the world. And I believe once you read this story it will change your life too.

*Please check out, The Lost Eleven, which is on the shelves of every major book store as well as available on line in e-reader formats for Kindle, Nook and others.

Below is the trailer for, The Wereth Eleven, film which is also available everywhere on DVD and streaming formats.

Writer Sherryl Connelly wrote a fantastic feature piece for the New York Daily News this week on the story of The Lost Eleven and my book of the same name releasing on Tuesday. Hope you can check out the piece  online. Here is the link  NY Daily News Article.
Sunday
Posted by Robert Child
0 Comments
Tag : Forthcoming Novel, New Releases, US Government, War and Military, WWII

I just found out that the talk I am planning to present on my book, The Lost Eleven at the National WWII Museum will stream live as it happens on February 7th at 6PM. Below is info and a link that you can bookmark to see my presentation live.