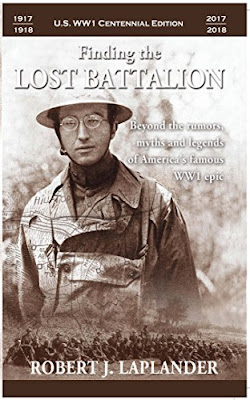 "Robert Laplander has written one of the finest narratives of a military unit in battle that I have had the pleasure to come across. His knowledge of not only what went on in the Pocket, but of the topography and personalities brings a depth that is rarely encountered. From a literary standpoint the book is wonderful as well... Continuity is always maintained, and all points well cited; the research going into this book was very in-depth and varied in types of material. Finding the Lost Battalion is a brilliant piece of historical digging (and) I highly recommend this book." 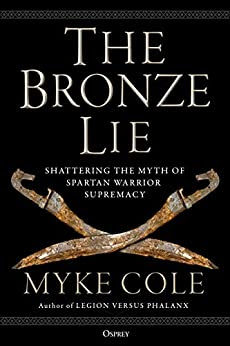 As a secu­rity con­tractor, gov­ern­ment civilian and mil­i­tary officer, Myke Cole’s career has run the gamut from Coun­tert­er­rorism to Cyber War­fare to Fed­eral Law Enforce­ment. He’s done three tours in Iraq and was recalled to serve during the Deep­water Horizon oil spill.

The Bronze Lie explores the Spartans' arms and armor, tactics and strategy, the personalities of commanders and the common soldiery alike. It looks at the major battles, with a special focus on previously under-publicized Spartan reverses that have been left largely unexamined. The result is a refreshingly honest and accurate account of Spartan warfare. 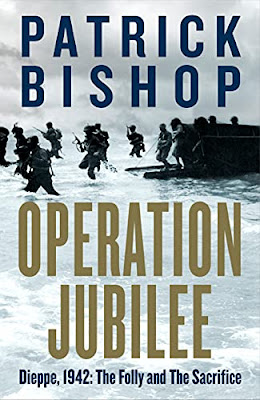 Patrick Bishop spent twenty-five years as a foreign correspondent covering conflicts around the world. He is the author of two hugely acclaimed books about the Royal Air Force during the Second World War, Fighter Boys and Bomber Boys. His other books include Wings, a history of the RAF; and Air Force Blue, which celebrated 100 years of the RAF and was a Sunday Times (UK) bestseller.
Using first-hand testimony and highlighting recently declassified source material from archives across several countries, bestselling author Patrick Bishop's account of this doomed endeavor reveals the big picture and unearths telling details that fully bring Operation Jubilee to life for the first time. 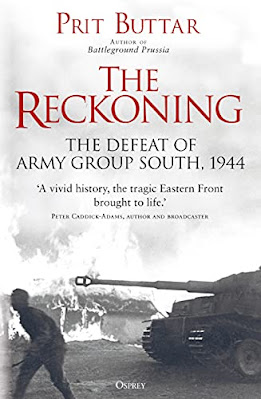 Prit Buttar is a retired doctor who has written extensively on the Eastern Front in both World Wars. His books have been translated into Polish, Lithuanian, Estonian, Finnish, Italian, Hungarian, and Chinese. He is a keen wildlife and astro-photographer and lives with his wife in SW Scotland.

Prit Buttar retraces the ebb and flow of the various battles and campaigns fought throughout the Ukraine and Romania in 1944. January and February saw Army Group South encircled in the Korsun Pocket. Although many of the encircled troops did escape, in part due to Soviet intelligence and command failures, the Red Army would endeavour to not make the same mistakes again. Indeed, in the coming months the Red Army would demonstrate an ability to learn and improve, reinventing itself as a war-winning machine, demonstrated clearly in its success in the Iasi-Kishinev operation.

This Week on Point of the Spear, Sept 22nd Allen Guelzo, Robert E. Lee: A Life 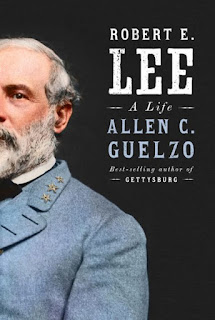 Coming up this week on Point of the Spear the first part of a two-part interview with Dr. Allen Guelzo. On the podcast episode, Allen and I discuss his forthcoming book, Robert E. Lee: A Life (Knopf) which is releasing on September 28, 2021. The book is already receiving widespread praise.

"Allen C. Guelzo has written exactly what the nation urgently needs right now--an example of mature thinking about complex, flawed people who took difficult actions in contexts, not of their making or choosing. In today's blizzard of facile, overheated, and grandstanding judgments about the past, this unsentimental biography illustrates the intellectual responsibility that the present owes to the past."

This Wednesday Sept 15th on Point of the Spear, Don Milne Founder of Stories Behind the Stars 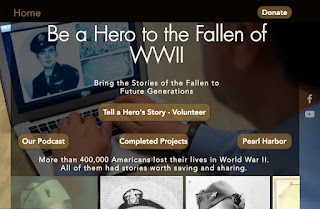 This week on Point of the Spear I speak with Don Milne the founder of the nonprofit initiative Stories Behind the Stars. A lifelong history buff, he started a blog after the 75th anniversary of Pearl Harbor in 2016 to honor individual and mostly forgotten World War II fallen by writing short obituaries about them. Over the next four years, his WW2 Fallen 100 blog resulted in more than 1,200 stories and was read more than 1.5 million times. More than 1,300 people involved in the Stories Behind the Stars project have written nearly 10,000 accounts, including every story of the fallen from one state (Utah) and stories about every D-Day soldier lost on the first day at Normandy
Monday
Posted by Robert Child
0 Comments
Tag : Point of the Spear, WWII
NEXT PREV HOME