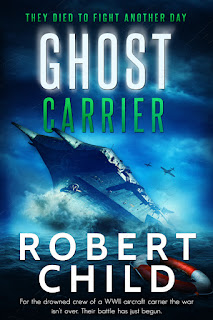 Unbeknown to Frank his father did not die in 1943 but entered a parallel dimension when his ship sank. Joe Rusk and the crew of the carrier are trapped in time on a parallel earth fighting a far superior Japanese naval force and America is losing the war. Outnumbered and out gunned the crew’s only hope is the unbroken soul connection Joe and Frank share. But will the father and son bond be strong enough to bring the doomed crew home?
Saturday
Posted by Robert Child
0 Comments
Tag : Amazon Prime, New Releases, WWII
NEXT PREV HOME