The India-Burma Campaigns in WWII on Point of the Spear 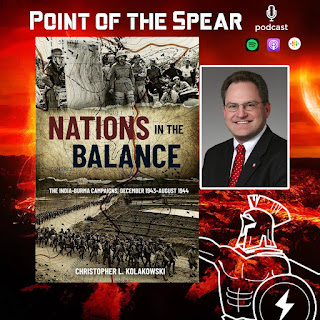 This week join Robert Child for a conversation with author Chris Kolakowski. Chris spent his career interpreting and preserving American military history with the National Park Service, New York State government, the Rensselaer County (NY) Historical Society, the Civil War Preservation Trust, and other organizations. He has written and spoken on various aspects of military history from 1775 to the present. His current book is called Nations in the Balance: The India-Burma Campaigns, December 1943 - August 1944.
Tuesday
Posted by Robert Child
0 Comments
Tag : podcast, WWII

Marine Lt. Colonel David Kelly on Point of the Spear 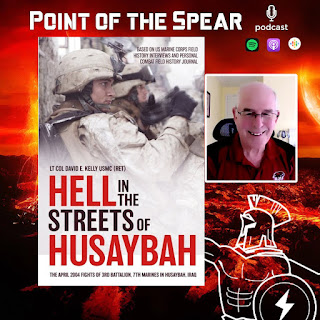 Join Robert Child April 20th for a conversation with Author and retired Marine Lt. Col. David Kelly. David served as an infantry officer with Lima Company, 3rd Battalion 4th Marines with an Amphibious Readiness Group off the coast of Vietnam. He volunteered to return to active duty to deploy to Iraq in 2004 as senior Field Historian to conduct interview with Marines and sailors in Iraq. His latest book is a result of that effort called Hell in the Streets of Husaybah.

The Republic of Violence on Point of the Spear 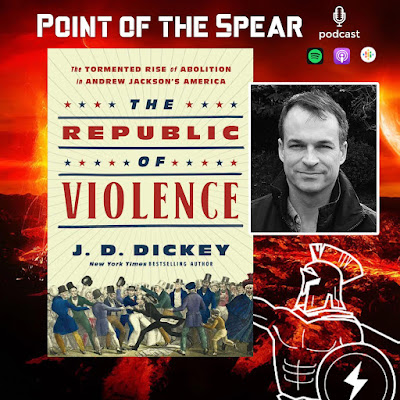 Join Robert Child for a conversation with New York Times Bestselling author J.D. Dickey. J.D. has been writing books for 20 years, first as an author for Penguin/Rough Guides, now as a writer of narrative nonfiction about American history, society and culture. His latest book is called The Republic of Violence: The Tormented Rise of Abolition in Andrew Jackson’s America.

April Guests on Point of the Spear 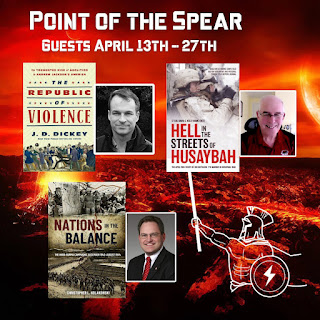 We’ve got some great guests coming to Point of the Spear in April. Following up on Alex Kershaw we have another NYT bestselling author. J.D. Dickey stops by to discuss violence in America’s past in his fascinating new book, The Republic of Violence: The Tormented Rise of Abolition in Andrew Jackson’s America. And later in April author and Marine Corp Lt. Colonel David Kelly comes to Point of the Spear to talk about the intense street fighting of the 3rd Battalion 7th Marines in Iraq in 2004 in his new book, Hell in the Streets of Husaybah. Another episode you won’t want to miss. All this and much more - it’s a jam-packed April on Point of the Spear.
Sunday
Posted by Robert Child
0 Comments
Tag : podcast, War and Military 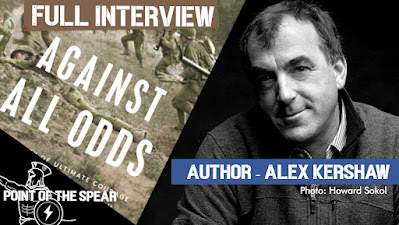 Join me for a conversation with New York Times bestselling author Alex Kershaw. Alex is a journalist, public speaker and New York Times best-selling author of over ten books, including The Liberator - the basis for the Netflix series - The Longest Winter, The Bedford Boys, Avenue of Spies and The First Wave. His current book, Against All Odds, a saga of four Medal of Honor recipients, and released in May 2022.

Watch the full interview below.