Spend this Labor Day Weekend with the mob.

From today through Sunday grab a copy of Blood Betrayal, the FBI Thriller I wrote based on the true story I optioned from former Special Agent with the Philadelphia FBI, Charles Bud Warner. This book has never been part of the special Amazon promotion until now and I hope you can download a copy. If you do all I request is a review if you can spare the time as we are building the buzz to turn this story into a movie.

Here is more about the book:

The bodies are piling high -- 36 unsolved gangland murders at last count -- and FBI Supervisor Hans Bauer has to do the unthinkable: put tough, independent Special Agent Frank Murray back on the squad he was twice kicked out of, Organized Crime.

Mafia Kingpin Nick Scarponi is back from prison and orchestrating the bloodiest reign of mob killings in Philadelphia history and Frank Murray, who tossed Scarponi in the can three years earlier, is his #1 target.

The taunt, tense, visually gritty story leaps off the page and grabs you by the throat. The action-packed tale could only be crafted by someone who knows the art of cinematic pacing--acclaimed Director and Emmy® nominated filmmaker, Robert Child.

Blood Betrayal is a classic, big city mafia crime story that cuts to the bone. It feels all too real because it is. The story is based on an historic FBI prosecution and investigation led by Charles "Bud" Warner the real life Frank Murray. FBI Director William Sessions, Attorney General Janet Reno and President Bill Clinton commended him for his extraordinary work on this case.

Blood Betrayal is a thrill ride of twists and turns and vividly drawn characters such as "Center City" Charlie, mob con man Nick "The Crow" Consiglioni and Murray's wife, Marlene, a gold-digger whose affair with a doctor is brought to a screeching halt by Murray in a scene that has to be read to be believed.

Former Philadelphia resident and director David Lynch chillingly described the city during the time of Blood Betrayal: "It was a very sick, twisted, violent, fear-ridden, decadent, decaying place. I felt like I was constantly in danger. But it was so fantastic at the same time. The people had stories etched in their faces."

Summon your courage and enter this world if you dare
Friday
Posted by Robert Child
0 Comments
Tag : Blood Betrayal Excerpts 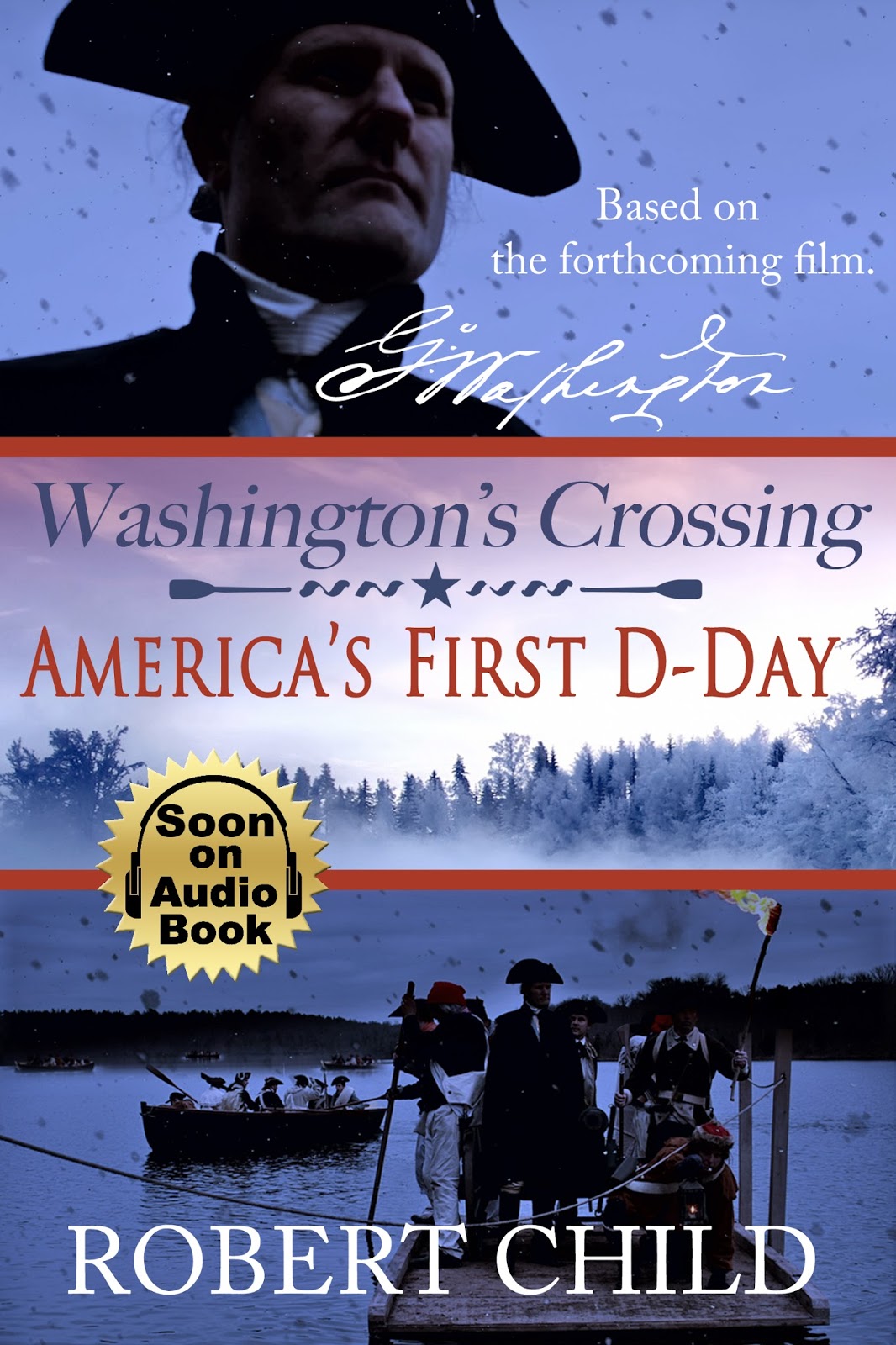 This past week we released the book, Washington's Crossing: America's First D-Day based on the script I wrote for the docudrama, America's First D-Day. The Continental Film Alliance is mounting a big push to finish the film this winter. This book and the the forthcoming audiobook are a way to build awareness for this great project. The more folks that know about it the better. So if you have the opportunity please check into the book and tell friends about it. One of the motivations behind the entire project is to help preserve our own American history which is rapidly disappearing. Part of the proceeds of the project are earmarked to support historic preservation and I hope you will agree that is cause enough to consider purchasing a copy.


*Below is an excerpt from the book as well as an except from the forthcoming audiobook which will be released in September and lastly the film's trailer based on the filming that has already been done.

It is late afternoon, a six man British burial party concludes a graveside service for one of their own guarded by two Continental soldiers. The still smoldering ruins of Fortress Yorktown silhouette them.  Outside a white clapboard colonial home American troops stand watch as British prisoners shuffle past.

Victorious American general George Washington, forty-nine, arrives at the home on foot flanked by six aides. The American guards salute and part to allow him to enter the home.
Inside, defeated British commander, forty-three year old Charles Cornwallis stands near the hearth as British officers move quickly past. As Washington enters the room stills.
Cornwallis moves graciously to meet his former enemy with an extended hand. General Washington accepts it with a slight bow.

“Lord Cornwallis, it seems your health is restored,” as Washington tweaks the British commander about his absence during the surrender ceremony. Cornwallis, wincing at the slight, says, “Yes, General, thank you, I am quite fit.”

General Washington commands the head of a long table flanked by both American and French officers on his left and across from them British officers to his right. The mood is subdued and formality prevails. Lord Cornwallis sits opposite Washington at the other end of the table. A courier enters with a dispatch that requires Washington’s signature. Signing, Washington is interrupted by Cornwallis who takes advantage of the momentary lull. The defeated commander raises his goblet of wine.

“Gentlemen, if I may take this opportunity,” men quiet and turn towards Cornwallis as Washington sits back. “When the illustrious part that your Excellency has borne in this long and arduous contest becomes a matter of history, I dare say fame will gather your brightest laurels from the banks of the Delaware rather than from those of the Chesapeake.”

Shocked silence descends as Cornwallis has extended Washington an extraordinary compliment. Men look to one another then turn anxious for Washington’s reaction.
Washington lifts his glass. Officers on both sides follow suit as the General chooses his words carefully.

“Perhaps, your Lordship, our darkest hour revealed our greatest courage.”
Cornwallis nods; impressed by Washington’s humble honesty and his words bring forth warm acknowledgements from all gathered.
As the men from both side concentrate on their meal, Washington’s mind drifts back five years earlier to the banks of the Delaware River.


NEW JERSEY SIDE OF THE DELAWARE RIVER

On the fast running river, Continental troops under fire clamor into small wooden boats. A vanguard of British light infantry in their red uniforms appears in the trees. They begin to fire at Washington’s escaping troops. Several Americans are hit. Washington’s maritime expert, Colonel John Glover, from Massachusetts hurries the General into the last boat. With relief Washington turns to Glover.

“It seems, John, that your maritime skills have preserved this army once again.”
Glover smiling, replies, “Aye, and I pray your Excellency does not continue to make this a habit.”

A British ball hits the head of a nearby man in the boat with a crack. He falls lifeless into the rushing current. They are not out of danger yet. Washington’s men scramble for their muskets and begin to fire back at the British now crowding the river’s edge.  Soon Washington is safely out of British musket range and he slumps a bit from exhaustion but catches himself and looks about him. His men look to him for strength he reminds himself to remain steadfast.

The Continentals had been chased across the length of New Jersey for more than a month from Fort Lee in the north to Trenton in the south. Finally they are able to put a river between them and the British if only temporarily.

Sneak Listen to the D-Day Audiobook Releasing Later this Month 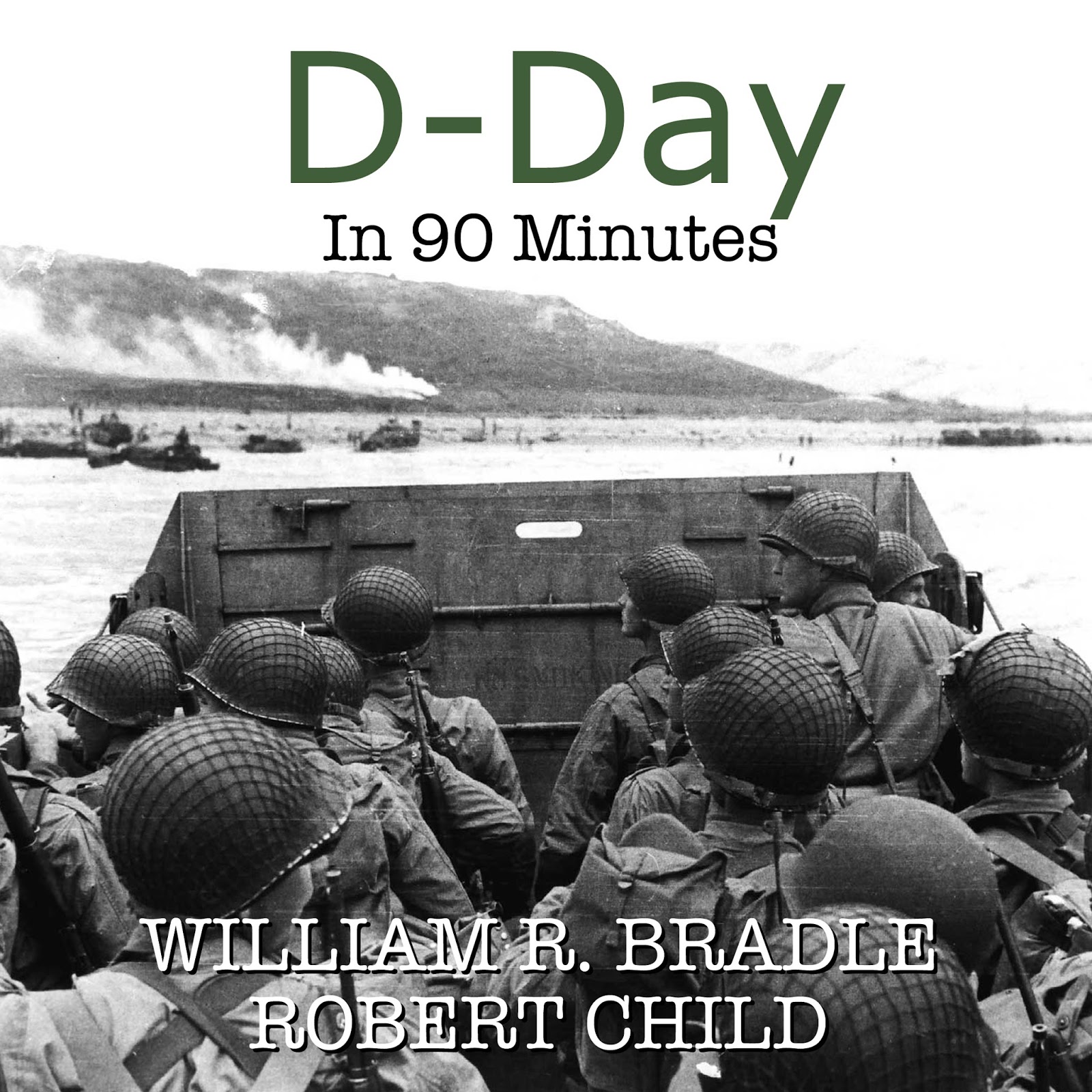 Production on the Audiobook version of D-Day in 90 Minutes has been completed in Los Angeles and we wanted to provide you a sneak peek or more fittingly a sneak listen to an excerpt of the audiobook before the release. My writing partner on the "Minutes of History" series Bill Bradle and I both came to the same decision on the narrator based on more than 15 auditions. Travis T. narrates D-Day in 90 Minutes and we think you'll agree he does a heck or a job! 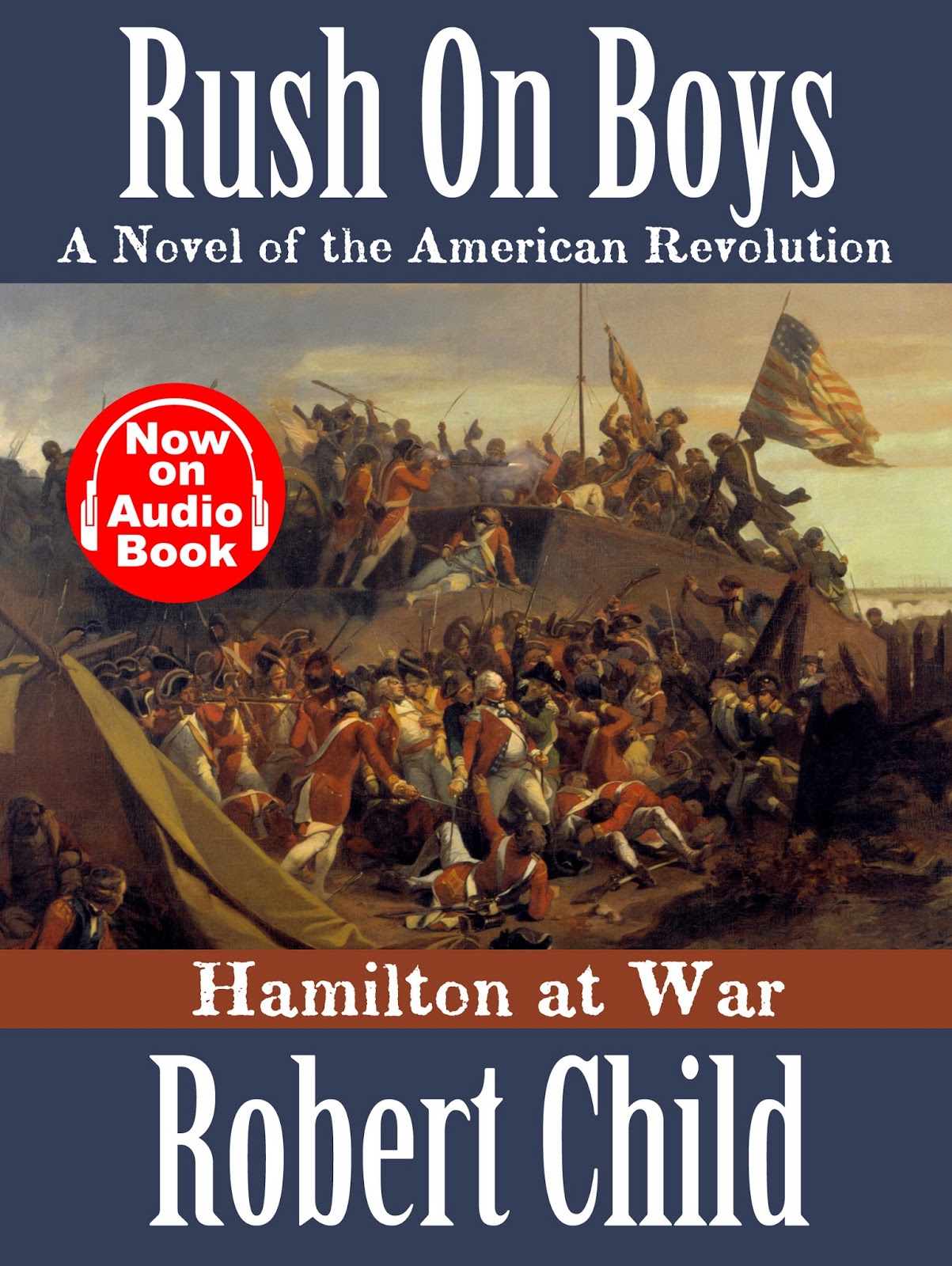 Take advantage of  the summer sale on the story of Alexander Hamilton's war time service in Rush On Boys: Hamilton at War. Just .99 cents on Kindle for a limited time.

And don't forget the audiobook as well!