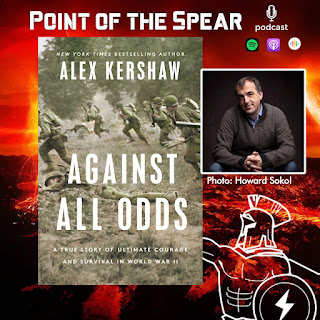 Be sure to mark your calendars for April 6th. That date is the audio/video podcast release of my interview with New York Times bestselling author, Alex Kershaw. Alex and I discuss his new book Against All Odds and the 3rd Infantry Division in WW2. This episode will be released on YouTube and Spotify on video as well as on audio on all our podcast platforms. Another episode you don't want to miss!
Tuesday
Posted by Robert Child
0 Comments
Tag : video podcast, War and Military, WWII 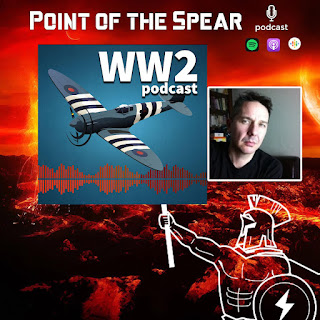 Over on the podcast this week on Wed. 3/30 join Robert Child for a conversation with Angus Wallace host of the WW2 Podcast. The history podcast has been around since 2006 and Angus is a wealth of knowledge. It's another episode you won't want to miss. Join us on Wednesday!

Join us at this link. 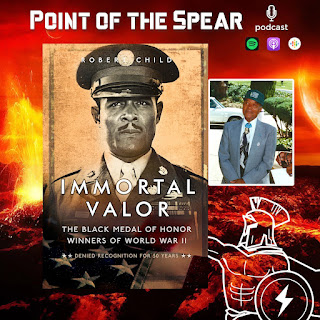 March 25th is National Medal of Honor Day in the US and over on the podcast we have a very special episode planned - an interview with Medal of Honor recipient Vernon Baker. Vernon served as a Lieutenant in the all-black 370th Infantry Regiment which became the Point of the Spear for the 92nd Division on the Gothic Line in Italy. We hope you'll check out the show tomorrow. #militaryhistory #podcasts
Thursday
Posted by Robert Child
0 Comments
Tag : podcast, Point of the Spear, WWII

Authors Bruns and Olson are on Point of the Spear 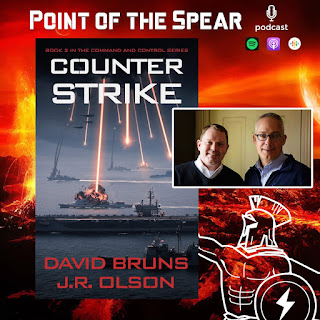 On the podcast join me for a conversation with writing duo of Bruns and Olson and their new military thriller series Command and Control. David Bruns and J.R. Olson are both graduates of the Naval Academy and have been creating thrillers together for more than six years.
Monday
Posted by Robert Child
0 Comments
Tag : podcast, War and Military

Washington Inspired by Paine's Words in 1776 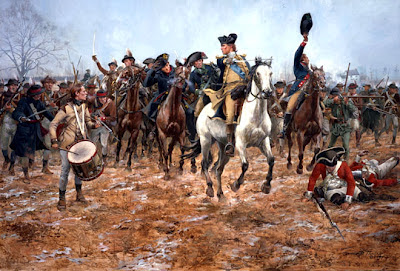 In Bucks County Pennsylvania in December 1776 the future of America appeared bleak.
"When Thomas Paine joined the 5,000 cold, frightened patriot soldiers in Washington’s emergency camp on the west bank of the Delaware, he immediately received new orders. Washington believed the author of Common Sense could help the revolutionary cause more with his pen than with a musket. So Paine set out on foot to Philadelphia and produced a pamphlet titled The Crisis, which began with a stirring call to arms. “These are the times that try men’s souls,” Paine wrote. “The summer soldier and the sunshine patriot will, in this crisis, shrink from the service of their country; but he that stands by it now, deserves the love and thanks of man and woman.”
A rider carried the pamphlet to the Continental Army’s camp on the Delaware. Washington had decided to lead his men across the river late on Christmas night and surprise-attack the Hessian mercenaries at Trenton. In preparation for that desperate crossing, he ordered his officers to gather their men in groups and read Paine’s words aloud." Wm. Hogeland, History.Net Full article
Tuesday
Posted by Robert Child
0 Comments
Tag : American Revolution, George Washington

Cold War Spying on the Russians on Point of the Spear 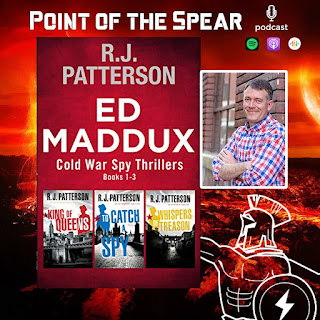 Over on the podcast join Robert Child for a conversation with author R.J. Patterson about his 5-book Cold War spy series. Patterson grew up in a military family but spent much of his career in journalism, winning numerous award writing articles for prestigious newspapers, including The New York Times. He’s been a prolific and best selling author for many years and on the episode we’re talking about spying on the Russians among the things.
Posted by Robert Child
0 Comments
Tag : podcast, Russians, War and Military

Serving for Justice - "Delivers the Goods" 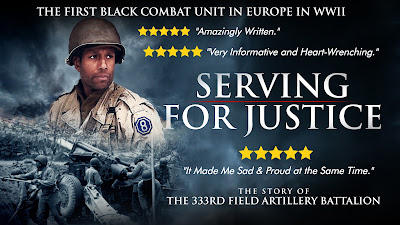 "AWESOME INDIE FILM! What a rollercoaster. If you are interested in general history, military history, WWII history, American history, or interested in a great story -- you will want to watch this documentary, and learn about the 333rd Field Artillery Battalion. Their story is America's story over the entire 20th Century. The unit was born directly from the triumphs & tragedies of WWI's African-American experience, they endured amazing combat experiences in Normandy & beyond, they were outgunned/outmanned in their desperate fight at the Bulge -- and their legacy of courage sacrifice took seventy years to correct, after the war. To tell the tale, the film makes good use of various elements -- striking expert & participant interviews, rare WWII combat footage, reenactor recreations, etc. -- and delivers the goods. Take the time, watch this movie, and learn about some heroic people -- people that you will not soon forget. 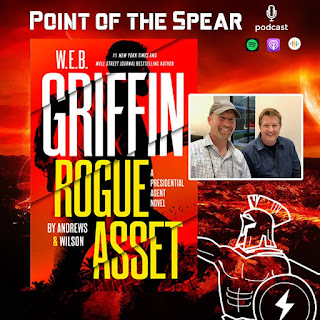 Over on the podcast this week we have two incredible military writers Andrews and Wilson. Both former military who have taken over the reins of the W.E.B. Griffin Presidential Agent series. It is a funny and enlightening conversation with two masters of the military thriller. The episode releases on Wednesday 3/9. Point of the Spear with Robert Child is available on all the major platforms and we hope you check it out.
Posted by Robert Child
0 Comments
Tag : author event, podcast, Point of the Spear
NEXT PREV HOME