The Boy on Omaha Beach - A Powerful Tribute 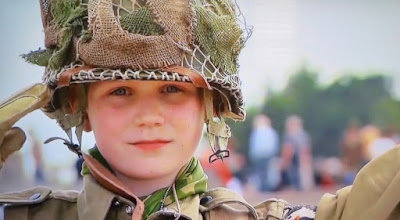 I was shown a video recently that left me speechless. An 11 year old boy in 2014 went with his parents to Normandy, France on the 70th anniversary of D-Day to salute fallen heroes. It was part of a school project called, Project Vigil. Very surprisingly the boy and his parents were not allowed into the American cemetery on June 6th in 2014, even though he had given presentations there days earlier. The cemetery was closed.

Not dissuaded the boy went down to the beach with a 48-star American flag and saluted the soldiers who stormed the beaches of Normandy 70 years earlier. He held the flag and his salute for 90 minutes until his knees gave out and he fell into his mother's arms.

I salute this young man for his determination and the honor he has brought to the commemoration of this solemn anniversary. There should be more young men like him in this world. I believe we would all be better off for it. The video below has 8 Million views on Youtube as it should. 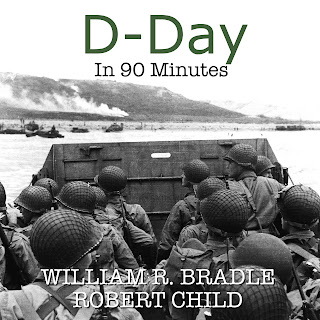 On this auspicious day in world history, I wanted to highlight the audiobook, D-Day in 90 Minutes, which I wrote with my friend and author Bill Bradle. If you want a concise, informative, and exciting telling of this Normandy invasion, look no further.

More importantly, however, remember and honor the men who hit those beaches on that gray, cold morning 77 years ago today. Their heroism quite literally saved this world from descending into complete tyranny. Today's world is far from perfect, but it would be a hell of a great deal worse if these soldiers did not step up for their generation, our generation, and generations to come. On this day, we honor those who gave it all.

Purchase from Audible.com in the USA at this link.

Purchase from Audible.com in the UK at this link.