►
Book trailers are becoming more and more the vital sales tool in book discovery and purchase. For my recently released novel, Blood Betrayal, I finally had an opportunity to write and design a book trailer for it. The visual medium is second nature to me and creating this was quite a bit of fun. But there is a definite method to it. I hope you enjoy the final result.
Thursday
Posted by Robert Child
0 Comments 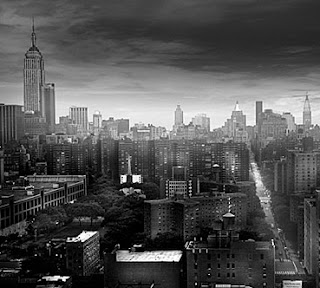 This was not a good day for New York City and my heart goes out to the residents of the "town". When you have lived in and worked there as I have you come to understand that it is really an overgrown town with lots of great neighborhoods not just one big monolith of noise and traffic.

With news still breaking of the shooting near the Empire State Building and today's earlier subway explosion I got that feeling in my gut again even at a distance that I had after 9/11.  I was there that day along with millions of others and the "feeling" never goes away.

Watching the news coverage I saw it in the resident's eyes - fear. It is always there in the backs of their minds - another attack. Until the day they die residents of the city will carry that horror with them and this is a terrible way to live.

During that time in 2001 I was working several network shows as a technical director. Lots of crazy hours at all different studios for a "day rate". I always felt that for the rest of my life New York City would have a target on it. Most people in the city secretly believe this as well. This is the lingering legacy of 9/11 that will never subside.

After that horrible day New Yorkers split into two camps the ones who had lived there forever who would never leave and the ones who wanted to get out the first chance they could.

I was in the latter camp and it took four years. In 2005 I finally "escaped" when I signed a contract to produce Lincoln and Lee at Antietam with Inecom Entertainment in Pittsburgh. I had broken free from the bond. I still loved the city greatly and had worked there since 1992 but now my living was not tied to it.

Subsequently I have moved my family even farther away from the town. But on days like this I realize that the "feeling" is still there buried deep somewhere. New Yorkers are some of the greatest people in the world AND some of the most generous of spirit that you will ever meet. But they snap back on the razor's edge on days like this.

A decade on and approaching another 9/11 anniversary, "we will never forget" does not even have to be spoken. New Yorkers have never forgotten and my thoughts and prayers go out to them as they live and work on the front line in the war on terror.