November 10th on Point of the Spear we showcase the film, Sixth of June 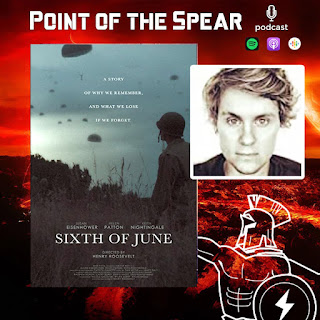 As part of a special Veterans' Week celebration, Point of the Spear showcases an exceptional WWII documentary, which is a thematic and emotional exploration of the D-Day commemorations in Sainte-Mère-Église, France, Sixth of June.

It is an urgent plea to realize that the boys who stormed the beaches and dropped from the skies in Normandy are now old men who are dying every day. And the time is now to capture their stories before they are forever lost. In this episode film producer, Rylan Soref discusses what went into the making of the film and the reasons behind it.