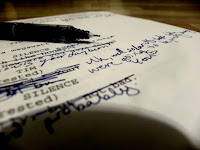 If you are a professional in the film business; an agent, producer, director or reader I'd be pleased to send you one or all of my featured screenplays below upon request. Simply click the REQUEST SCREENPLAY link below each project and this will open an email window and you can request the script. Thank you for your interest in my work. 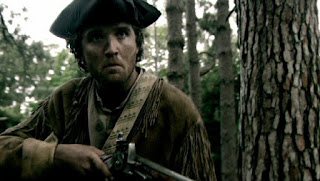 THE LOST ELEVEN BY ROBERT CHILD 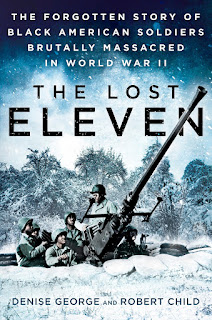 
LOGLINE:
When a segregated black artillery unit in WWII has to master the army’s deadliest gun, they distinguish themselves fighting the Germans, but also must endure prejudice from their own army. They eventually sacrifice  everything for freedom.
SYNOPSIS:
As we open in 1942 in the “Jim Crow” south, black soldiers who’ve enlisted in the 333rd are caught up in a deadly army race riot pitting black soldiers against white in a bloody confrontation that leaves a lasting scar. Fighting against hatred and prejudice in boot camp, the 333rd is ordered against the wishes of their commander to learn the most complicated artillery weapon in the army, the 155mm howitzer. Struggling through intensive training, they master the weapon by devising their own innovative approach.
Landing at Normandy just days after the invasion, the 333rd fight their way across Europe, earning the reputation as one of the most accurate field artillery battalions in the US Army. Their devastating killing ability attracts the attention of Yank Magazine, which devotes a full article to them in September 1944.
During the surprise German attack at the outset of the Battle of the Bulge, the 333rd is overrun and captured after fighting nearly to the last man. Eleven 333rd soldiers escape, and embark on a freezing 10-mile trek to a small Belgian town. Sheltered by a farmer and his family, they are forced to choose between life and death when the Nazis arrive on their doorstep.
THE LOST ELEVEN is the Civil War film GLORY set in WWII.
*Adapted from the narrative nonfiction novel published by Penguin / Random House.
REQUEST SCREENPLAY

GENRE: Thriller, Crime
LOGLINE:
When an FBI agent is betrayed by everyone he knows he goes out for blood taking down the Philadelphia mob in the process.
SYNOPSIS:
The bodies are piling high -- 36 unsolved gangland murders at last count -- and FBI Supervisor Hans Bauer has to do the unthinkable: put tough,
independent Special Agent Frank Murray back on the squad he was twice kicked out of, Organized Crime.
Mafia Kingpin Nick Scarponi is back from prison and orchestrating the bloodiest reign of mob killings in Philadelphia history and Frank Murray, who tossed
Scarponi in the can three years earlier, is his #1 target.
The taunt, tense, visually gritty story leaps off the page and grabs you by the throat.
Blood Betrayal is a classic, big city mafia crime story that cuts to the bone. It feels all too real because it is. The story is based on an historic FBI
prosecution and investigation led by Charles "Bud" Warner the real life Frank Murray. FBI Director William Sessions, Attorney General Janet Reno and
President Bill Clinton all commended him for his extraordinary work on this case.
Blood Betrayal is a thrill ride of twists and turns and vividly drawn characters such as "Center City" Charlie, mob con man Nick "The Crow" Consiglioni and
Murray's wife, Marlene, a gold-digger whose affair with a doctor is brought to a screeching halt by Murray in a scene that has to be read to be believed.
About the script:
* Top 100 finalist at 27th Intl. Write Movies Competition.
*Coverage -"I thought it had a very compelling opening, and after a couple of pages, I had that feeling of 'I'm in good hands,' and eager to see where this is going. I felt lots of intrigue, stakes, and conflict right from the outset, with a clear, terse writing style that drew me in right away." --Erik Bork, Emmy Award winning screenwriter, Band of Brothers. 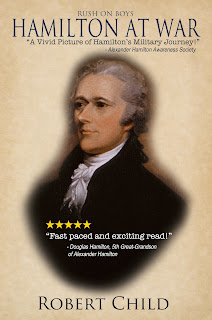 GENRE: Action, Historical
LOGLINE:
When a brash, 20 year old immigrant joins General Washington's staff little does our first President know that the ambitious young man will lead the final charge that wins the Revolutionary War.
SYNOPSIS:
As we open, Hamilton finds himself thrown into the fire of Revolution as the last man in the line of defense against the on-rushing tide of British infantry.
Born a bastard and poor in the Caribbean, his circumstances ignite an insatiable ambition that reveals his true talents and leads local merchants to sponsor his education in America.
Catching the attention of George Washington, he joins the General's inner circle. In one daring mission after another Hamilton's stature grows, creating
great political mistrust among his rivals. When ambition overtakes him, he threatens to overthrow the government and his world nearly collapses. With characteristic bravado, he challenges a Congressman to a duel.
With the end of the war looming and his visions of glory fading, Hamilton becomes determined to return to the battlefield. Washington, the only man who can help him, does all in his power to deny him. One assignment remains, however, that will determine the outcome of the battle and the war. It is at a place called Yorktown.
Script Coverage:

Its pretty clear this isn t a first draft. The descriptions are concise and clear. The dialogue manages to evoke a time long since past without sounding stilted and archaic and the writing manages to balance the action scenes with the character moments. Its easy to see that theres a lot of talent behind this script. --Script Shark

HAMILTON, was declared and "Official Finalist" in the Los Angeles based 2011 Hollywood Screenplay Contest in the Biography and Historical category.