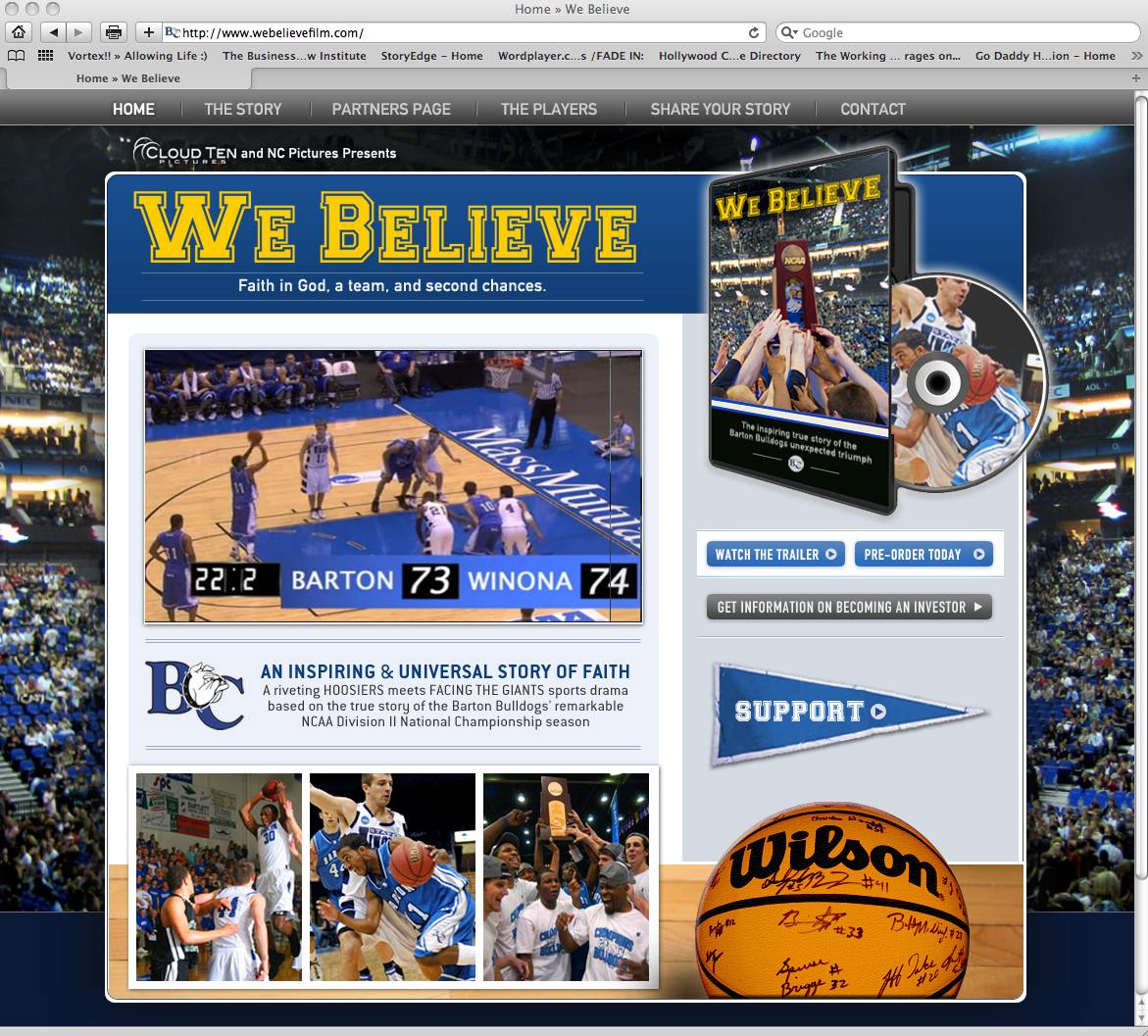 After months of design and technical work the official website for my forthcoming faith-based film, WE BELIEVE, launched yesterday. The team is very excited as we can showcase the producing power behind the film and introduce movie-goers across the world to a story they may not of heard of. The web address for the new site is www.webelievefilm.com

The site features the promo trailer for the film produced earlier this year with actor, Charles Mathers, in the role of Anthony "Ant" Atkinson.

A riveting HOOSIERS meets FACING THE GIANTS sports drama, WE BELIEVE is based on the true story of the Barton Bulldogs' remarkable 2007 NCAA Division II national championship season. The team was led by Coach Ron Lievense, a man of tremendous personal faith in God. The Barton Bulldogs recovered from a devastating overtime loss, to the eventual national champion Winona State Warriors in the 2006 Elite Eight playoffs, to become a team of destiny the following season, winning a record nine overtime games. In a dramatic rematch, the Bulldogs again faced undefeated, #1 ranked, Winona State for the 2007 national championship.
Share This