DVD Review of America and the Civil War 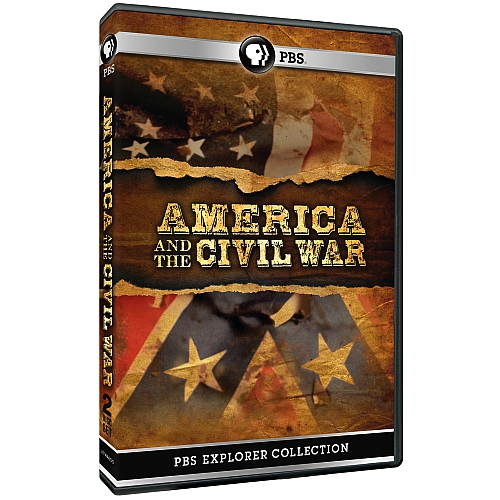 I’ve seen a lot of documentaries about the Civil War and to be honest, some just rehash information and visuals from previous programs. America and the Civil War collects five programs that avoid that fate, as each provides an in depth, insightful look at a unique element of the conflict

America’s Civil War is a landmark in our nation’s history, so it is no surprise that countless documentaries have been created about every facet of the conflict. In this 2 disc set from the PBS Explorer Collection, you’ll find five programs that look into specific elements of the Civil War in great detail. Gettysburg: The Boys in Blue & Gray (written and directed by Robert Child) gives an in depth look at the Battle of Gettysburg, from a personal perspective. John Brown’s Holy War deals with the controversial actions of John Brown, including how he was viewed at the time and in the modern era. Lincoln’s Secret Weapon tells the story of the U.S.S. Monitor, a key edge in the war and revisits the ship in the present, as recovery efforts are undertaken. The Massachusetts 54th Colored Infantry reveals the true story behind the regiment portrayed in the film Glory, with a wealth of archival photos to help bring the story to life. Reconstruction: The Second Civil War deals with the trials & tribulations the nation faced as it tried to rebuild after the epic conflict. This is an excellent look at the impacts the Civil War left in it’s wake.

I’ve seen a lot of documentaries about the Civil War and to be honest, some just rehash information and visuals from previous programs. America and the Civil War collects five programs that avoid that fate, as each provides an in depth, insightful look at a unique element of the conflict. These topics have been covered in other documentaries, but not with this level of attention and detail, so history buffs should be quite pleased. I found the Reconstruction program to be the highlight, since the fallout of the war isn’t often dealt with in this extensive fashion. The John Brown program is also of high interest, with a focus on how history has looked back on his actions. But all five offered the kind of detailed, polished presentations you’d expect from the acclaimed sources like American Experience and Nova. With almost seven hours of content on tap, America and the Civil War offers a great value that history buffs won’t want to miss.

Some episodes are presented in 1.78:1 anamorphic widescreen, while others are shown in full frame. In either case, the episodes are always shown in their intended format, so no concerns there. These programs looks good, about what you’d expect from a non-HD broadcast. The images are clean and sharp, with no digital errors or other concerns present. There is some variance in terms of source, so some elements look better than others, but that’s to be expected with documentaries. Overall, these programs looks good and fans should be satisfied.

Some programs feature a Dolby Digital 5.1 soundtrack, while others offer a stereo presentation. These kind of programs don’t need expansive audio, so the sound design is simple, but effective. The narration and interview dialogue tends to be the focus, so vocals are clean and easy to understand. The rest of the audio takes a backseat, but still sounds fine. So not much else we could want from this type of material.  The programs also support English subtitles.
Share This