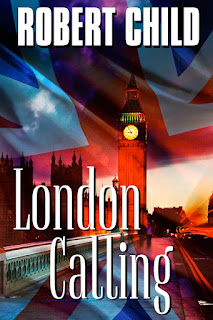 
Forensic Art Detective, Riley Spenser, returns in this thrilling follow up to the, Russian van Gogh.
With the $300 million dollar van Gogh returned safely to the Amsterdam Museum Riley relocates to London. She heads up the new Monuments Men UK Office where her mission expands from locating stolen WWII masterpieces to contemporary art theft.

This gives Riley the perfect opportunity to continue her life's mission locating the 13 works of art stolen from the Gardner Museum in Boston in 1990. The Boston museum has a standing $5 million reward for information leading to the stolen paintings return.

In an alarming twist her boss in the states phones one morning with terrible news. He tells Riley that the Boston FBI has identified the original culprits in the Gardner heist. Riley is devastated but soon realizes that the FBI has no idea where the paintings are. This is simply a stunt to flush the thieves out of hiding.

Unfortunately for Riley it works. She has been the most visible investigator into the crime for the past 20 years and the Gardner thieves working for an Irish black market billionaire kidnap and hold her for ransom. If it is not paid by the deadline Riley will die and the masterpieces will disappear forever. She has only one option left but only time will tell if she has the courage to act on it.

From first page to last, London Calling is a gripping intelligent page-turner filled with intrigue and peppered with cinematic action that jumps off the page like a major motion picture.