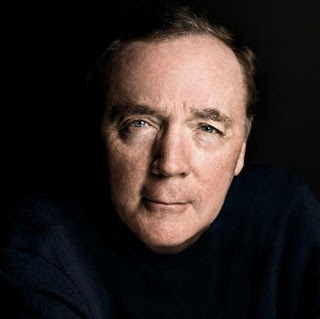 The revolution has begun. Quietly on Tuesday (June 7th) James Patterson and his publisher began releasing new shorter novels under 150 pages in a series bannered as "Bookshots." Patterson is quick to clarify these books are not novellas but fast paced plot-driven novels as he put it, "that read like a movie."

I couldn't be more thrilled at this development because these are exactly the types of "novels" I write - fast paced, fun action packed stories that read like a movie. I come from a film and television background where you have a finite amount of time to tell your story. And I have brought that over to my authoring. I structure my novels in a very specific way that is all but invisible to the reader but the net result is folks keep turning the pages. My novels can be read in one sitting usually in two to two and a half hours the length of a movie. I started out writing ninety minute and one-hour documentaries then moved on to screenwriting so I brought these time constraints and structures to my novels.

Patterson calls himself a "disrupter" and I couldn't agree more. He and his publisher recognized that the number of people reading books has dropped off substantially not because there are no quality books to read but people's time is so fractured and distracted these days. Social media, video games and Netflix as well as other forms of entertainment have changed the way people consume content. A majority of folks simply cannot devote that much time to a 350+ page novel. They want to read a complete and satisfying story in the little free time they do have. The publishing industry has never cared for the shorter novel because economically it is costs about the same to print a short hard cover book as it does a long one. And of course the shorter book is priced lower. There is no incentive for them.

At this writing Patterson's first bookshot, Cross Kill: An Alex Cross Story, is sitting at number 15 in Amazon's kindle store. This is amazing and let me give you some insight based on tools I have to research this kind of stuff. Cross Kill, which was released yesterday has already sold 45,000 copies and grossed $180,000. Several bookshots have already been released so far by Patterson and his team of cowriters and he plans to release at least four new bookshots a month. They will span several genres including romance.

I truly believe Patterson and his publisher have peered into the future of reading and come up with a disruptive solution that will, if successful, increase the size of the book buying public and create a new category of book. If anyone can pull it off Patterson can. And I will keep writing my action-packed movie-length thrillers.

based on the Wereth Eleven story. Available for pre-order now.